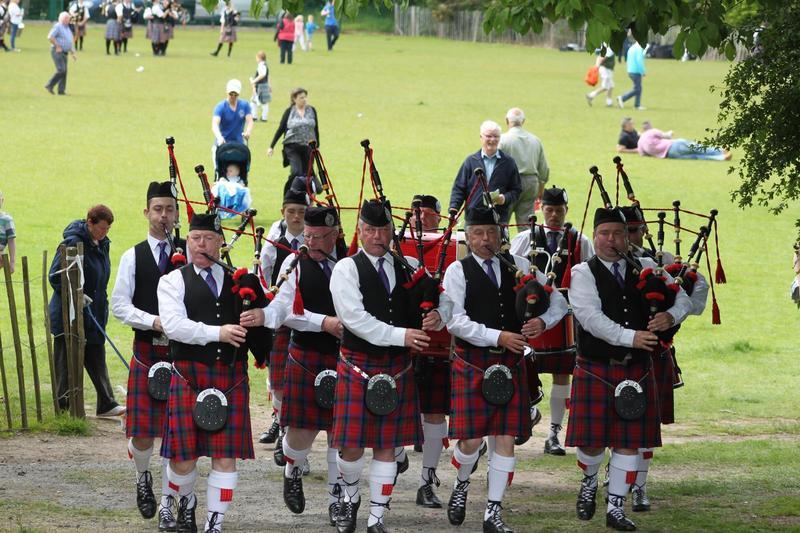 Having anxiously watched the weather forecast all week after the debacle of the Cookstown gales, it was a great pleasure for the Band to assemble under beautiful blue skies at the Stormont Estate. As Gilnahirk lies only a couple of miles from Parliament Buildings, this contest is absolutely on our "turf" but it hasn't always proved to be a happy hunting ground for the Band.

Last year an administrative mix up led to Gilnahirk members only being able to watch from the sidelines as all the superstars in Pipe Bands sauntered into Belfast for one of the "Major" championships. This year there were no such difficulties and with the sun shining down on East Belfast, the day was off to a promising start. 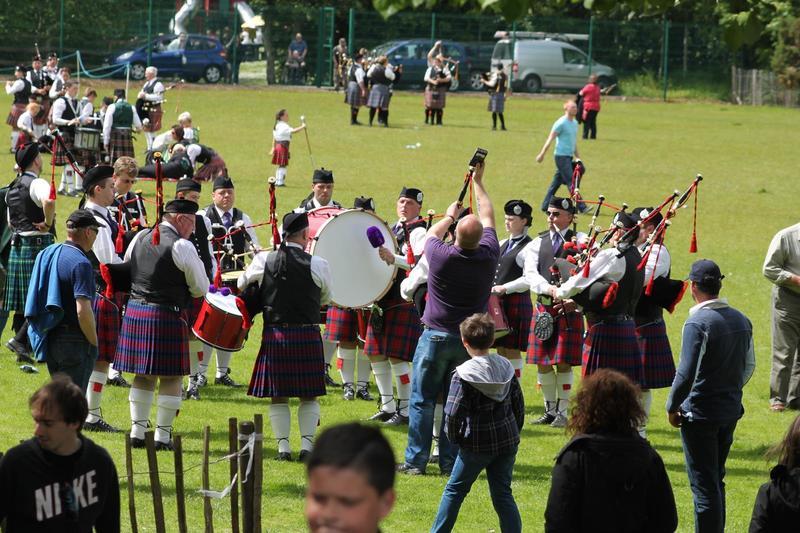 Unfortunately, George was under the weather and John is also on the injured list, but this still allowed the Pipe Major to field seven pipers. as Jessie was tending to her hubby, the bass section was one woman down and the snare line was a slightly depleted corps of three. Nevertheless, everyone was determined to put on the strongest possible performance for the judges and the pipes were booming straight out of the box.

A couple of warm up runs later and the stewards were calling for the Band to take to the arena. Unfortunately, Grade 4B had been scheduled to run simultaneously with Grade 1, so the bulk of the crowd had gathered around the adjacent ring, but there was still a healthy crowd to watch Gilnahirk deliver a performance which probably surpassed any other this season. 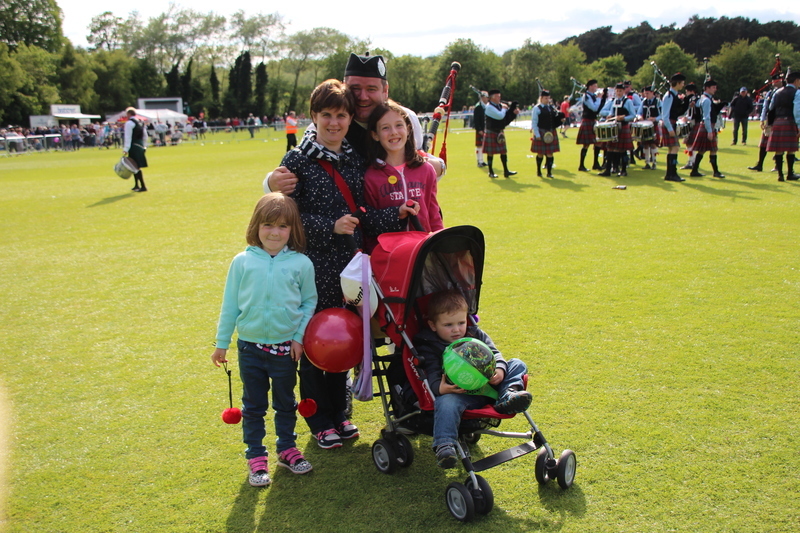 Then it was over to the Judges - there was nothing to do but wait. Well - nothing except to hit the burger vans and renew acquaintances with the Scottish brethren who were determined to enjoy the Belfast hospitality. 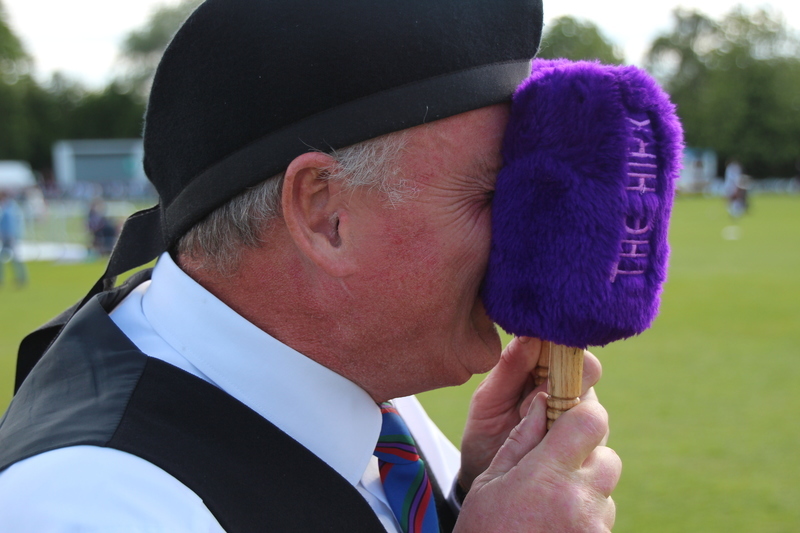 There wasn't long to wait and the Band was soon on the march past to await the verdict. Having had a prize in the first contest of the year, followed by two fifth places, fingernails were bitten to the quick as the results started to be called.

The announcement of "In fourth place - GILNAHIRK" was greeted with a roar from the Band and all our faithful supporters. This was the Band's first appearance in a Major Championships since winning the World Title in 2000 - no mean feat. 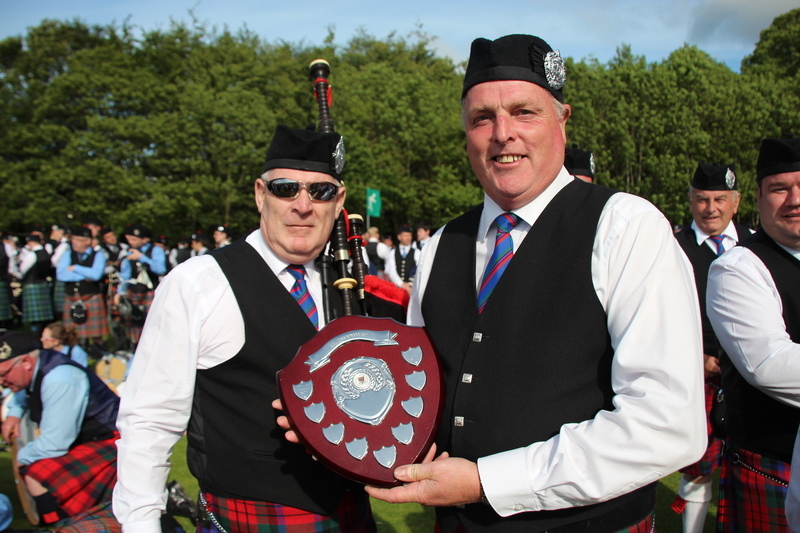 Once the dust had started to settle, various members started to grab for the trophy, shouting "take my picture!" Thankfully, no injuries were sustained.

It was great to see members of other bands rush over to the Band to offer congratulations. The Grade was won by a Scottish band and only one other Northern Ireland band placed above Gilnahirk, giving great encouragement for the rest of the season. 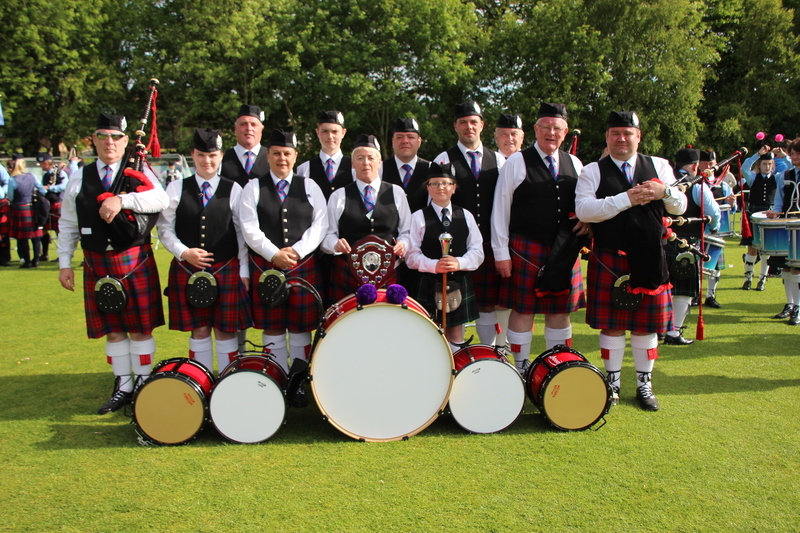 The Band will not be attending the contest in Lurgan next week, but we will be hitting the road once again for the All-Ireland Championships in Omagh on 20 June, so come along and see us as we try to build on our success....