On the 6th October 1919, the Committee of Gilnahirk Presbyterian Church was asked to consider an application from the newly formed Gilnahirk Pipe Band to have use of the Lecture Hall for practices.

It was agreed that the hall could be used one night per week, through until the month of July for the sum of £2 10 shillings. The only recorded condition was that no smoking, spitting or improper conduct be permitted in the hall

The founder of the Band was Norman F. Harper, the son of John C. Harper, who was senior elder in the Church at the time. Others who were in there at the beginning included Hugh Mann, John Young, John Miller, Harry Perry, John Duggan, James Simpson, Hugh Jackson, Hugh Swandel, William Boyd and William David Brown.

Rev Coulter from the Church took a keen interest in the band and the relationship with the Church has remained strong ever since.

Over the years, pipers and drummers were frequently present at Church events and older members of the congregation can remember the Band leading the Sunday School Outings away from the Church each summer.

The Band wears the MacDuff Tartan, having changed the uniform in 2013 from the similarly distinctive Muted Lochaber.

The Band has benefited from the instruction of a relatively small and select number of Pipe Majors over the years: 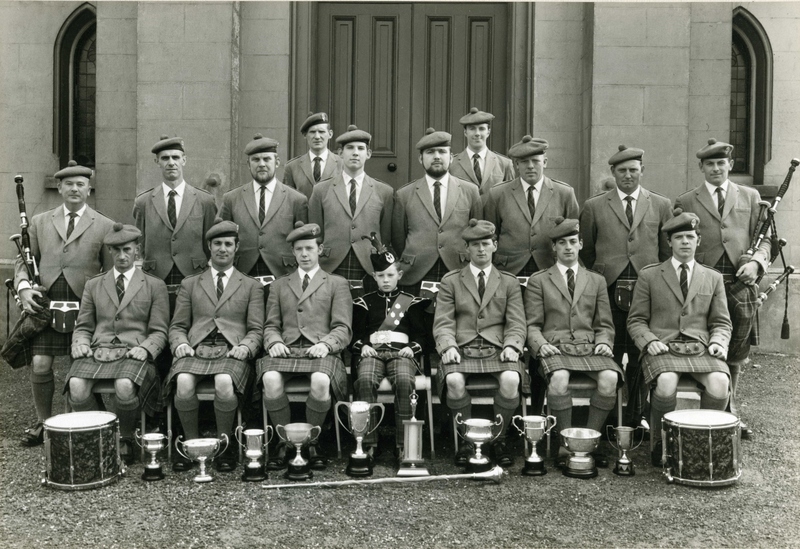 We are working on the History section of the site. Gilnahirk has a long and proud history, having reached the Heights of Grade 2 in the days when the local pipe band scene was dominated by the long since defunct Robert Armstrong Memorial Pipe Band.

We are currently compiling photos and clippings to upload to the site. If you have any pictures of the Band from yesteryear, please contact any band member. We will take good care of any items and will simply scan and return them to you...