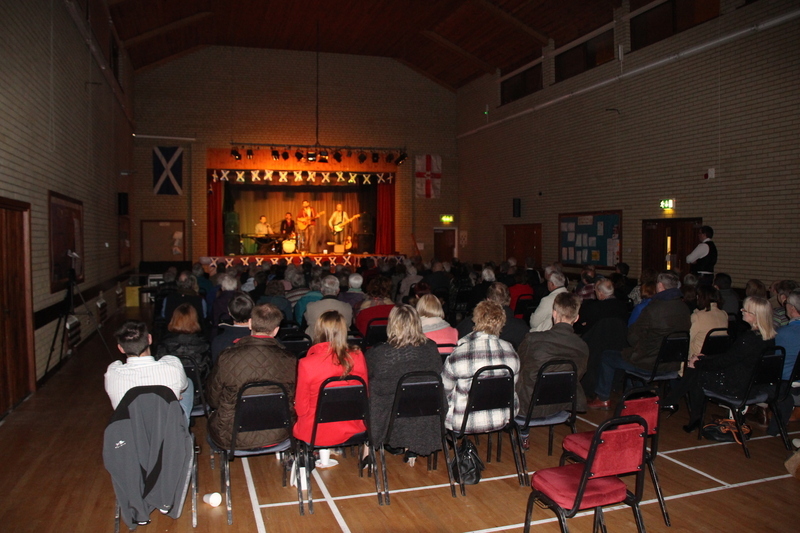 The last two years have seen well-supported and highly enjoyable Burns Night events hosted by the Band in Gilnahirk Presbyterian Church Halls. Never one to rest on laurels, the Band took a decision to change up the format this year with an Ulster--Scots concert. 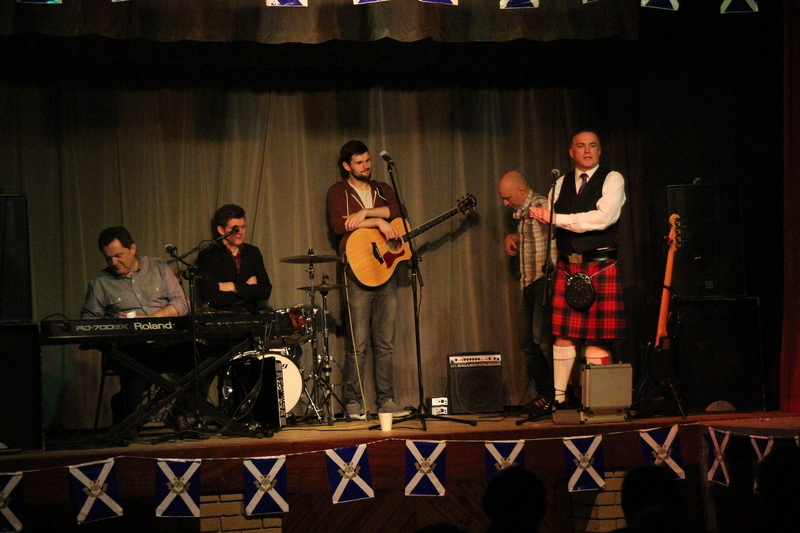 The headline act was the well-known Stonewall Folk Group - who have been packing in the crowds all around the country for years. Ticket sales went well and the scene was set for a great night of entertainment. The crowd of Band supporters, friends and family was not disappointed. When the curtain was raised, the boys from Stonewall kicked off in high gear and the pace never dropped throughout the evening.

The Band's bass drummer, Michael Harrison had once again masterminded a great event, with the assistance of the fundraising committee. Michael's suppers are becoming the stuff of legend - and this was no different. The interval was an opportunity to feed the inner man - safe to say that no one was going to be going home hungry... 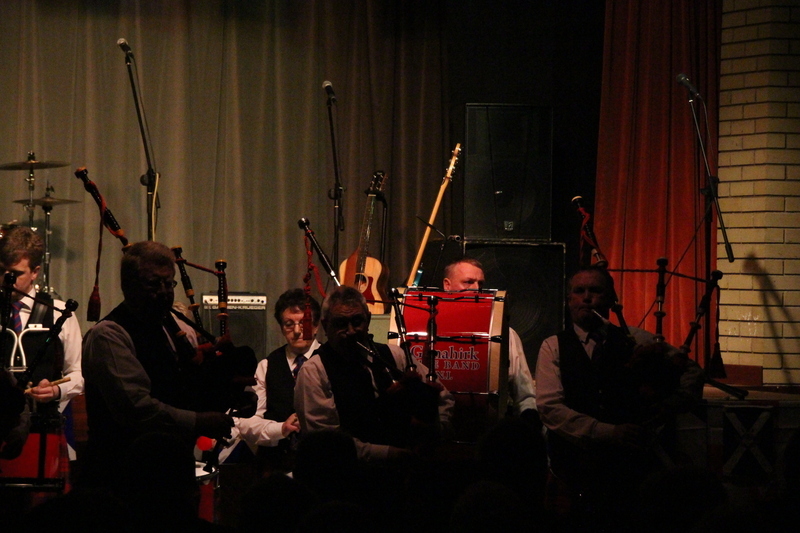 No Gilnahirk event would be complete without an appearance from the Band itself and the second half kicked off with a strong performance from a rejuvenated outfit. The drum corps was led for the first time by new leading drummer, Colin Fullerton. Colin started his drumming career in Gilnahirk many years ago and has come back to the Band having been all the way up to Grade One. His influence could already be heard - and was commented on by some of the pipe band aficionados in the crowd. The Pipe Corps has also been strengthened this year with the addition of Robert Greer - another former member returning to the fold and providing superb support for Pipe Major Carson Tate. 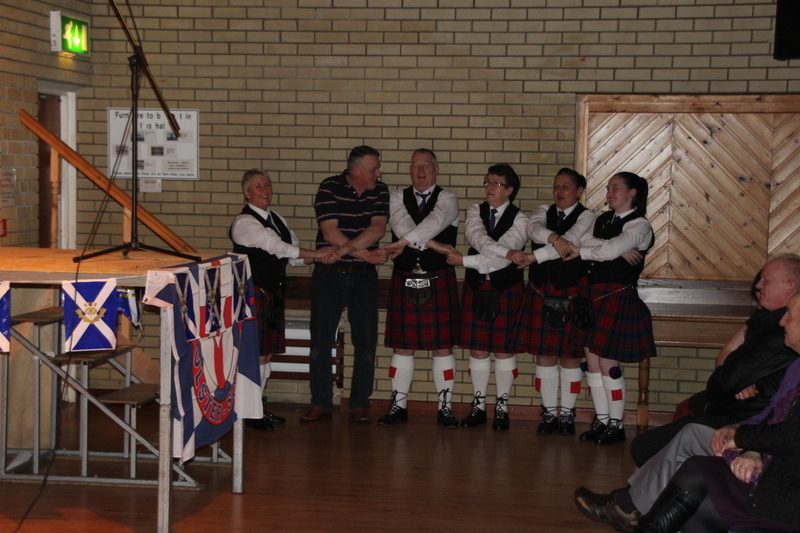 The evening wound up with a triumphant return to the stage by our new friends in Stonewall - and the final rendition of the night was a spirited version of Auld Lang Syne - as the photographs record, members of the Band cheerily led the singing!

All in all, a great night was had by all involved - and the Band was delighted that the audience seemed to enjoy the change in format. Great thanks have to go to the friends, family and supporters who turned out to help and support us in our efforts. The project to relaunch and rebrand the Band has been an expensive and time consuming endeavour - and one that would never have been possible without all our friends in Gilnahirk and further afield - hopefully we can keep entertaining you all for years to come!