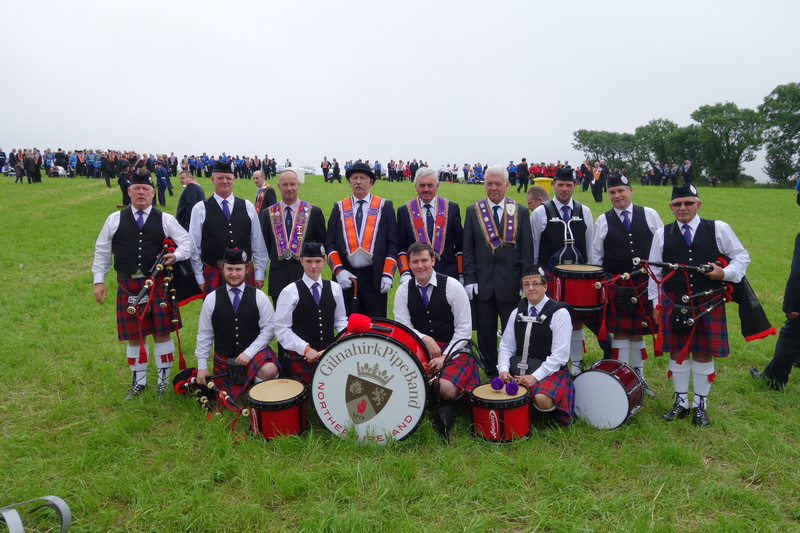 In a fit of foolhardiness, the Band decided to gather itself and head for Clough on the 12th July to take part in what was forecast to be a sodden and miserable parade. 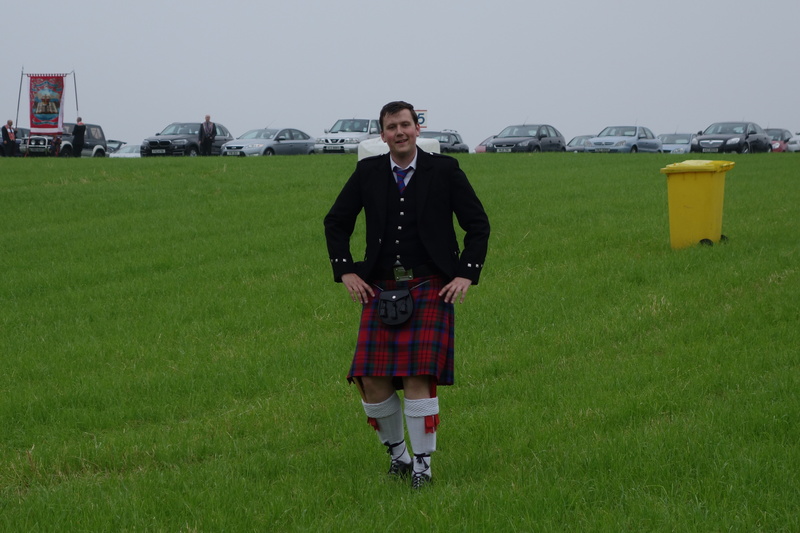 Gilnahirk is a band not easily dissuaded from wandering about in the rain and so, capes in hand, we assembled in a practically sheer assembly field, glancing nervously at the sky and questioning our collective sanity. 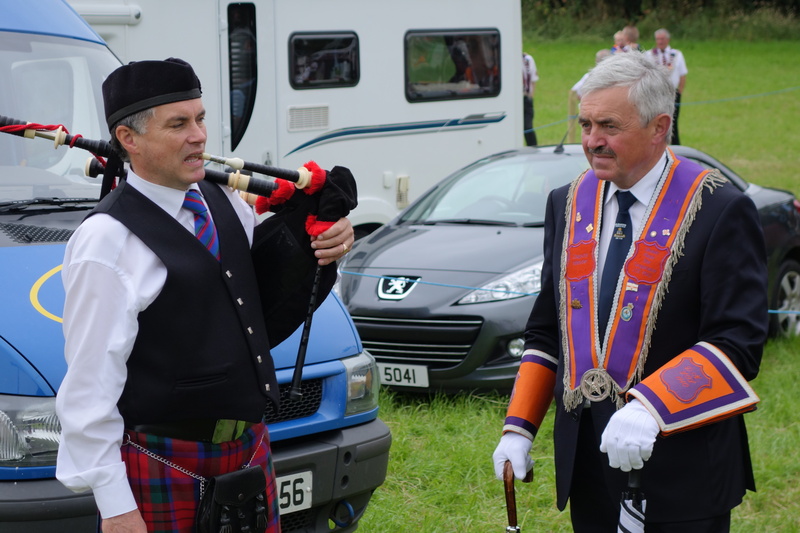 As it turned out, the weather forecasters, with their customary alacrity, had got it almost entirely wrong and the Band (kindly invited by Gilnahirk Lodge) made it from start to finish without a single drenching. Indeed, the sun was spotted on several occasions - admittedly dancing in and out of the clouds. 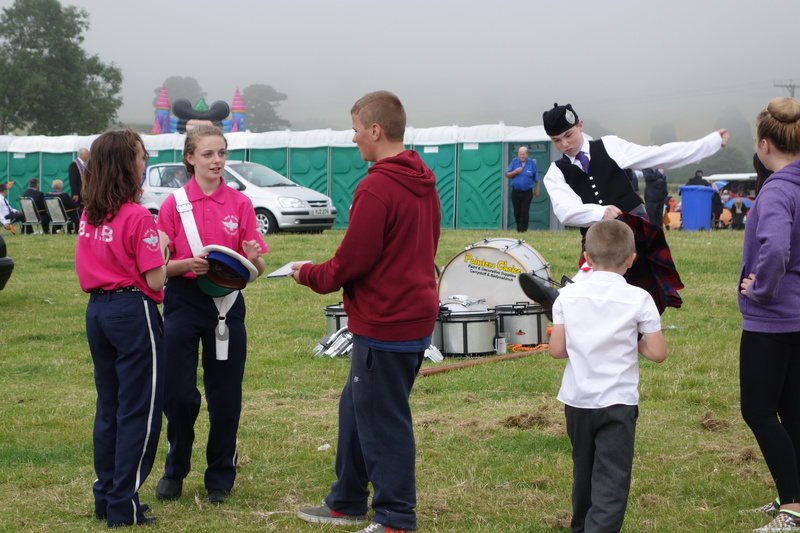 As is traditional, the day was punctuated by visits to the burger vans and other general nonsense, but all in all in good time was had.

Despite lower than normal numbers, the Band attracted positive comment for both playing and attire - our MacDuff tartan seems to turn heads wherever we go!

Practices will recommence on 19th July 2014, and if you fancy joining the madness, get on touch through Twitter, Facebook, or email us here.