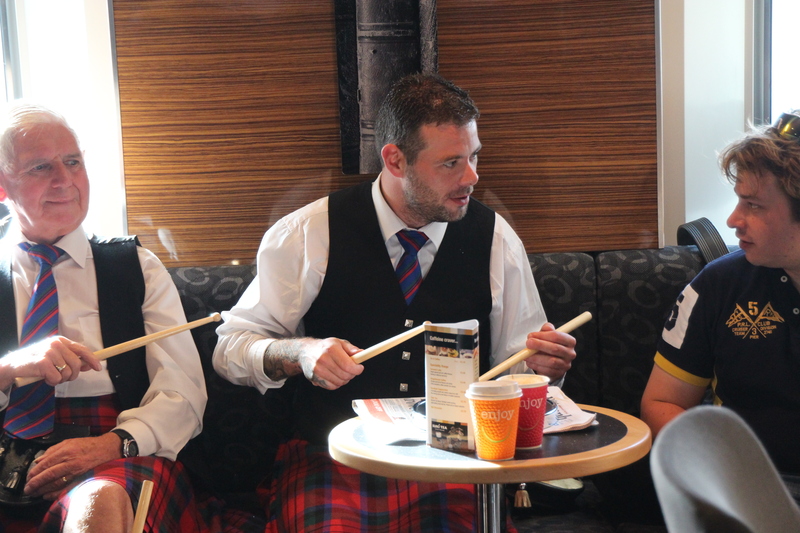 For many years, bands from Northern Ireland would have travelled to Stranraer for contests to mix it with the Scottish outfits. The tradition somewhat died out as Major Championships tended to move elsewhere and the improving standard on this side of the Irish Sea made it less worthwhile to make the trip.

However, the committee of the Stranraer Lowland Gathering has been working hard to reverse that trend and this year Gilnahirk decided to make the trip over to round off a season which has seen great strides taken in the development of the Band.

It was an early start at the Stena terminal in Belfast. Bleary-eyed members and supporters stumbled onto the boat and staggered off in search of reviving coffee and somewhere to catch up on at least twenty or thirty winks. The boat was perhaps less crowded than we had expected, although one deck seem almost completely filled with members of the PSNI en route to Wales for the United Nations conference. Best behaviour of all Gilnahirk members led to a minimal number of arrests. 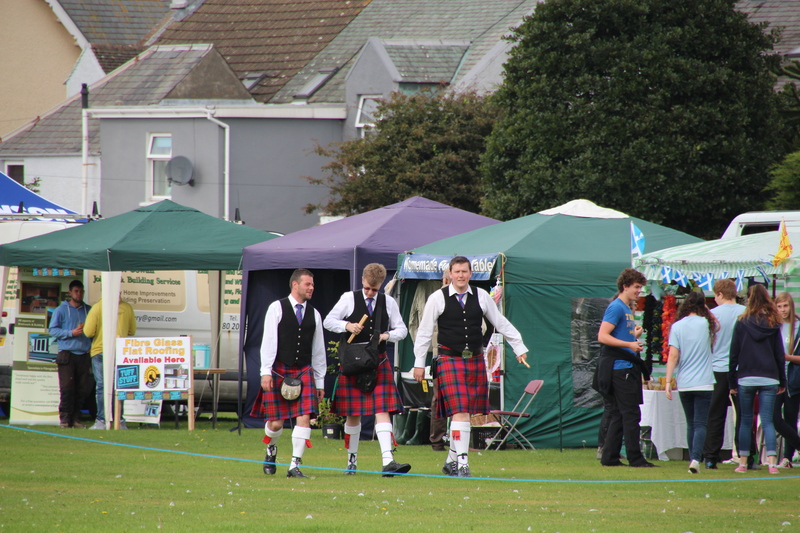 Bail paid, we disembarked and made for the bus. It was a short jaunt up the coast from Cairnryan and we were soon deposited at the contest field. It was sufficiently early that the arena was still being constructed and the still sleepy bandsmen searched out the food stalls where bacon baps were consumed with gusto.

Practice was purposeful and confident. The attendance of former Pipe Major Robert Greer was great help to the current incumbent and there was a settled and assured feel to the warm-up. The performance in the ring largely replicated the runs outside (for a change!) and both Pipe Major and Leading Drummer were seen to crack a satisfied smile as the Band marched off. 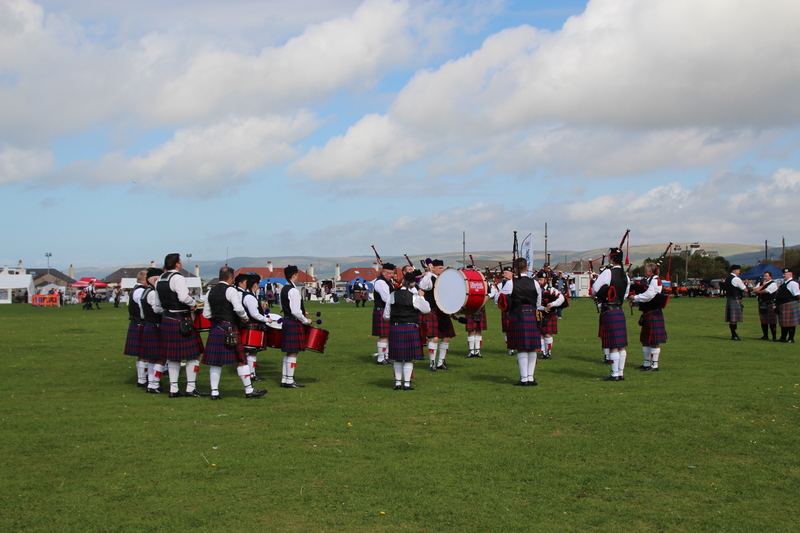 Next on the agenda was a meal in a local hotel before returning for the Finale. There was a real sense of anticipation as the prizes were called - and rightly so. Second! Our first playing trophy in some time was the reward for all the hard work over the past two years. The normally camera-shy members queued up to have photos taken with the trophy and smiles were the order of the day. 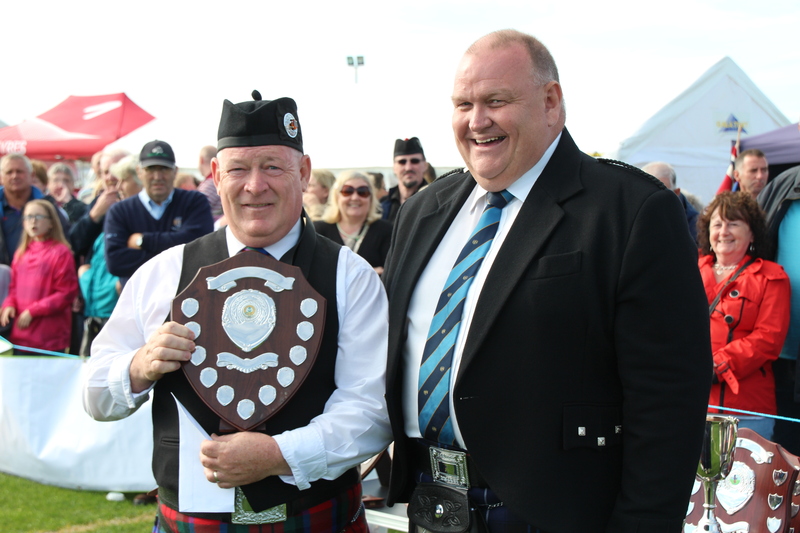 Celebrations carried on into the local rugby club, back to the bus, down to Cairnryan and all the way home on the boat. Presumably the smiles will start to disappear in early 2015.

And with that, the season ends. A superb end to a summer which has seen enormous improvement coupled with disappointment at results. The Lowland Gathering showed that Gilnahirk can once again be a force in the Grade and let others glimpse the potential within the Band. If you want to be part of it (and if not, why not?) then drop us a line at join@gilnahirkpipeband.com or follow us on Facebook.