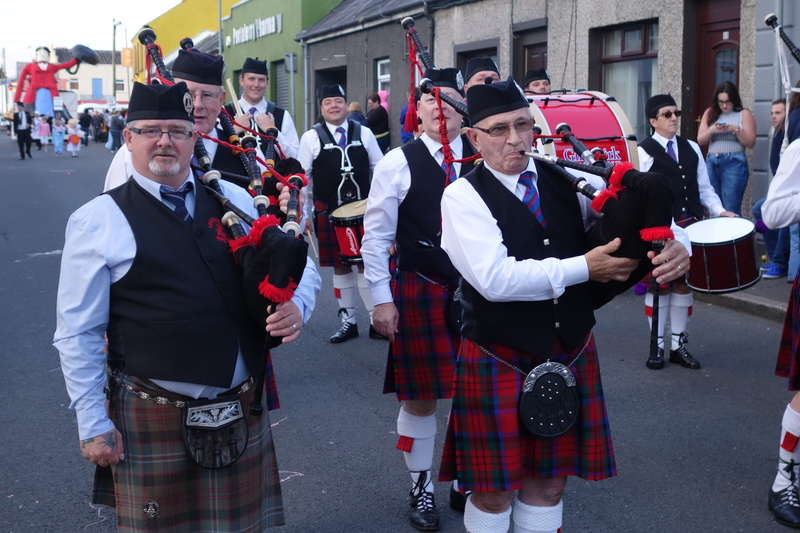 For the second year running, the Band was delighted to be asked to participate in the closing parade for Portaferry Gala week. It is always pleasant to receive an invitation to any event, but it is particularly gratifying to be asked back - it suggests that the previous showing was appreciated!

The theme for Band outings in 2015 has seemed to be a sense of foreboding about the weather and even Frank Mitchell on UTV was looking nervous about how the evening would pan out. We should have known better. After all, Frank Mitchell is wrong about almost everything... 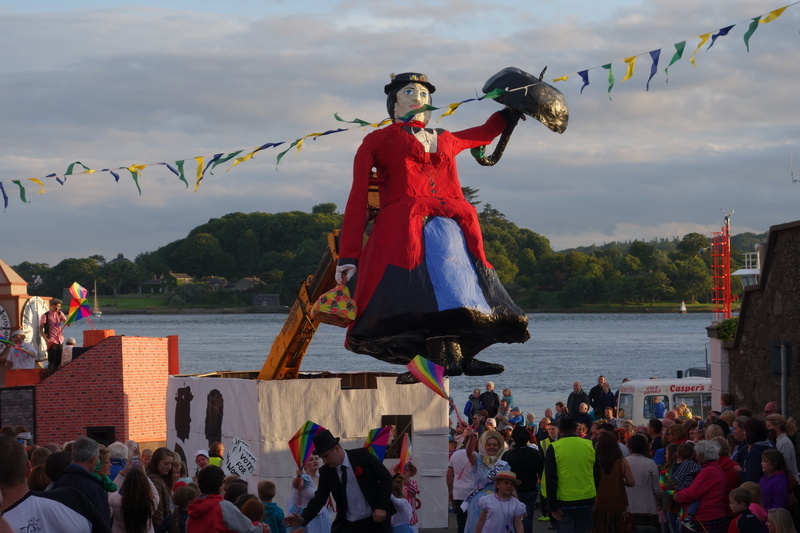 The parade was the usual stop/start affair and took over a couple of hours to snake its way through the town. The crowds were heavy and appreciative which is a pleasant combination. 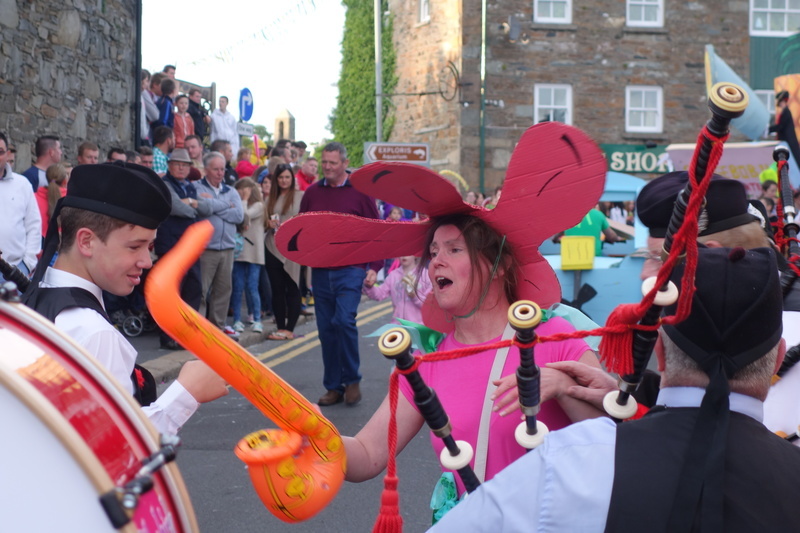 Slightly peculiarly, we even recruited a few enthusiastic locals into the ranks. What they lacked in musical ability they more than made up for with rowdiness! 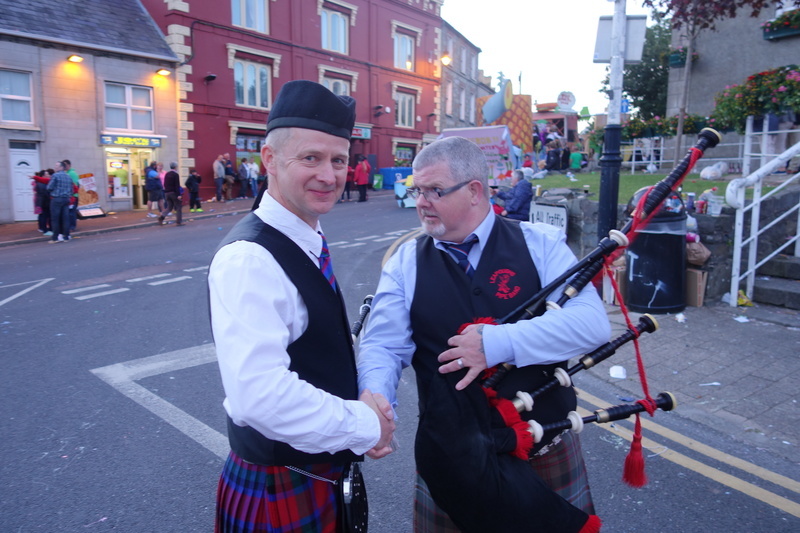 The additions to the ranks did not only come from the local community. The more eagle-eyed spectator may have noticed a well known bass drummer making a guest appearance on the pipes. Very odd. Very odd indeed. 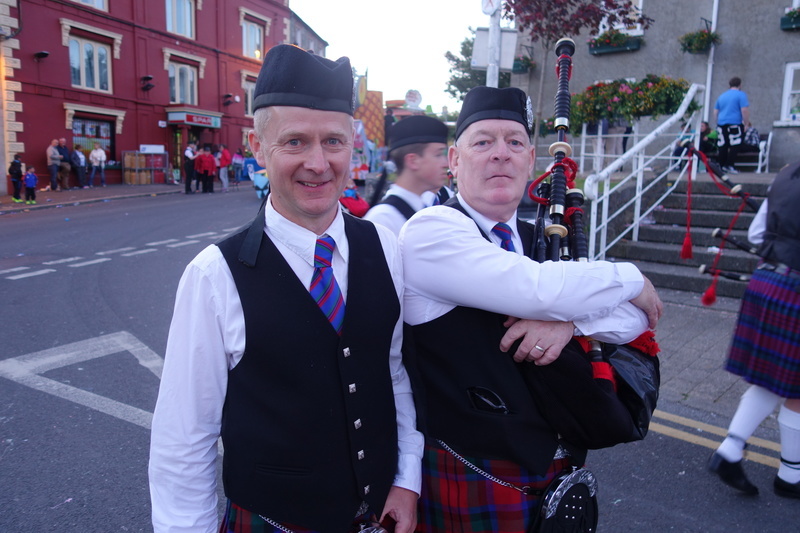 Perhaps the high point of the evening was the fact that piper Jeremy was making his first appearance in the MacDuff tartan. Jeremy has been with the Band throughout the winter and it was great to see him on the street for the first time. Well done!

The evening concluded with the obligatory visit to the Chip Shop for some healthy low fat cuisine and then the long trip home. Hopefully we can do it all again next year....