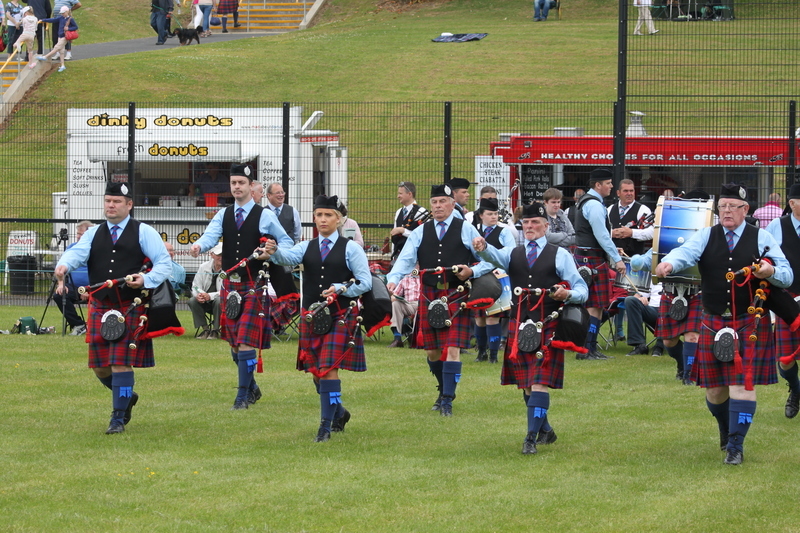 It was with a loud collective sigh of relief that the men and women of Gilnahirk set off for Cookstown High School on 4 June 2016. After a couple of years of exile at the soulless Mid Ulster Sports Arena, the championships had returned to the altogether more pleasant surroundings at Coolnafrankey. 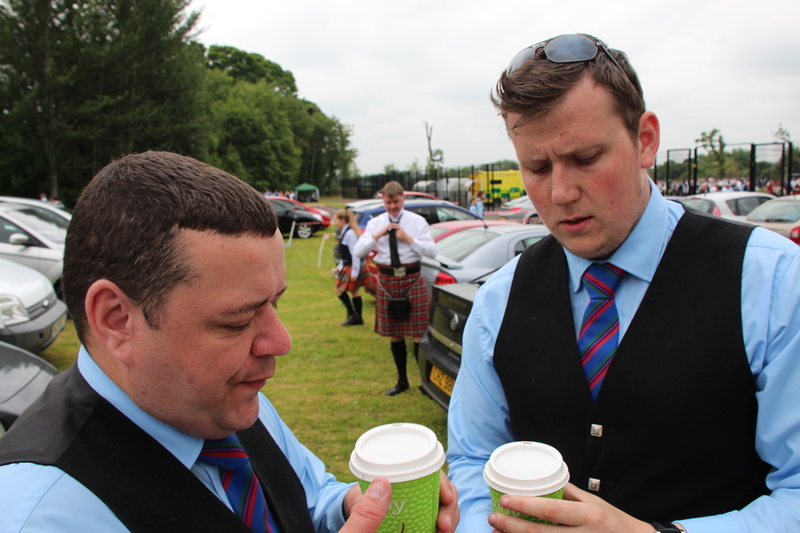 Having been directed to park around thirty miles from the playing fields, it was merely a 45 minute trot at a brisk pace before the Band emerged through the bushes to the splendid sight of the array of burger vans and sweetie vendors.

After the traditional million calorie breakfast treats, practice began in earnest. The Grade was as competitive as ever and nerves were jangling as Gilnahirk took to the line. The performance was solid and musical and the sages in the crowd were once again stroking their beards appreciatively. For the second successive week, Grade 4b was limited to only two judges - one piping and one drumming. 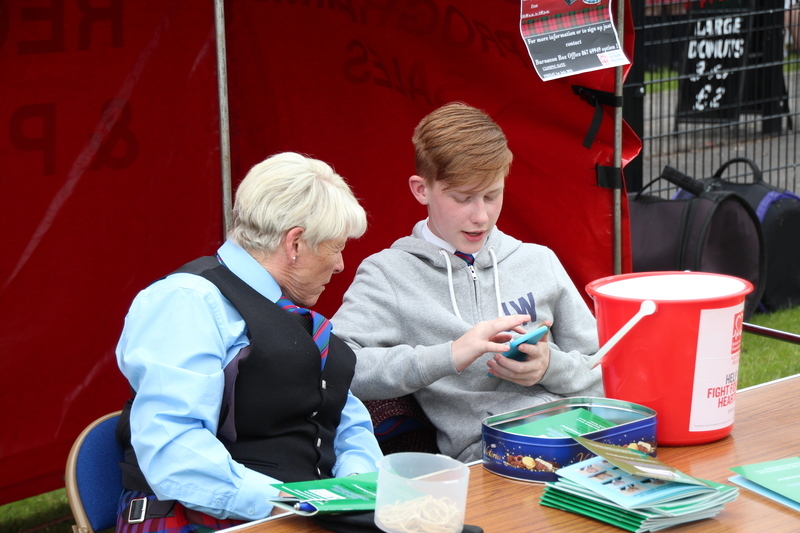 Instruments were hastily abandoned and further sustenance was located. Burgers were consumed with gusto. Minerals were slurped. The occasional shandy was gently supped.

Once again, we have a little video to let you all get a notion of the generalised chaos which passes for a Band contest....

After the Grade One contest had wound up, the Finale zipped through quite efficiently. In what we believe may be a World first, the Band used a 360 degree camera to record the March Past - you can see that video on our Facebook page - where is really seems to have gone down a storm!

Hearts were in mouths as the results were called. Our Drum Major, Lucas Adamson again secured a prize - lifting fifth in the Junior Grade from a tight field of fifteen. 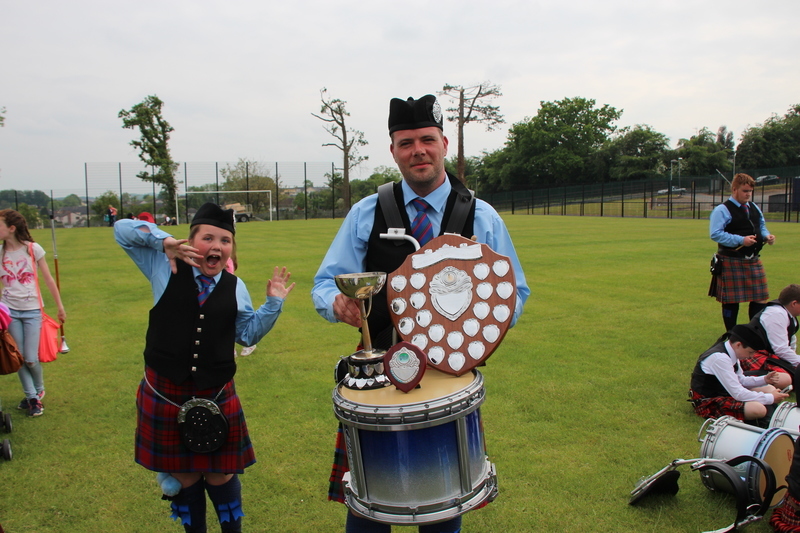 It was clearly a good omen as the Band itself was then called not once, but three times in the Grade 4b results!! It is fair to say that collecting first overall, Best Bass Section and Best Marching & Deportment made it a pretty good day at the office - and a great result in advance of the United Kingdom Championships at Stormont next week.

Have a listen to what the Judges clearly enjoyed...

A week of hard work lies ahead, in advance of the biggest contest on Northern Ireland shores this year - if you have never seen a Major contest before, give yourself a treat and come along to see us just down the road from Gilnahirk!