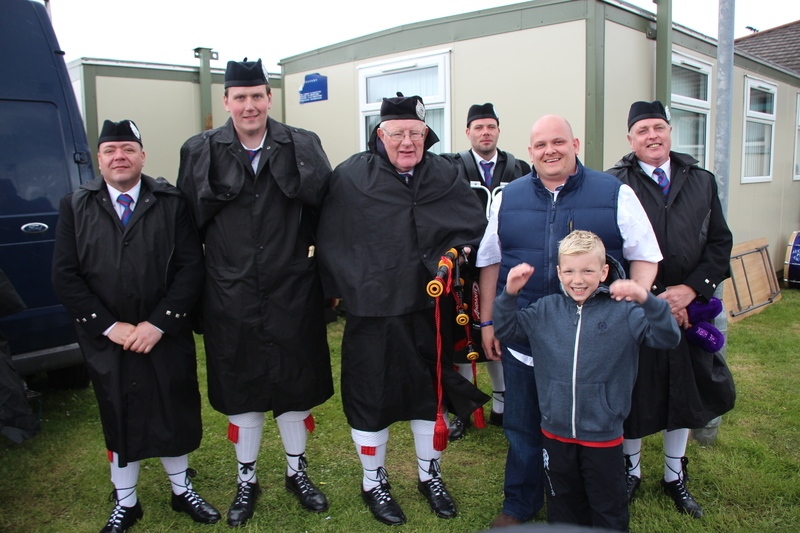 When the Mid-Ulster Championships moved from their traditional location at Cookstown High School there were the typical grumbles from bandsmen, never ones keen to embrace change. The new venue at the Mid Ulster Sports Arena lacked any real atmosphere in 2014 and was not favoured by the weather with consistent downpours throughout the course of the day. Indeed, if the event had not largely taken place on artificial pitches it may well have been washed out.

Still, 2015 is another year and we couldn't suffer the same fate two years on the trot? Could we?

It turned out that this time we were to be treated to gale force winds with only occasional rain. The risk of drowning was definitely lower but the possibility of a gust of wind up the kilt propelling bandsmen heavenward before their time was vastly increased. 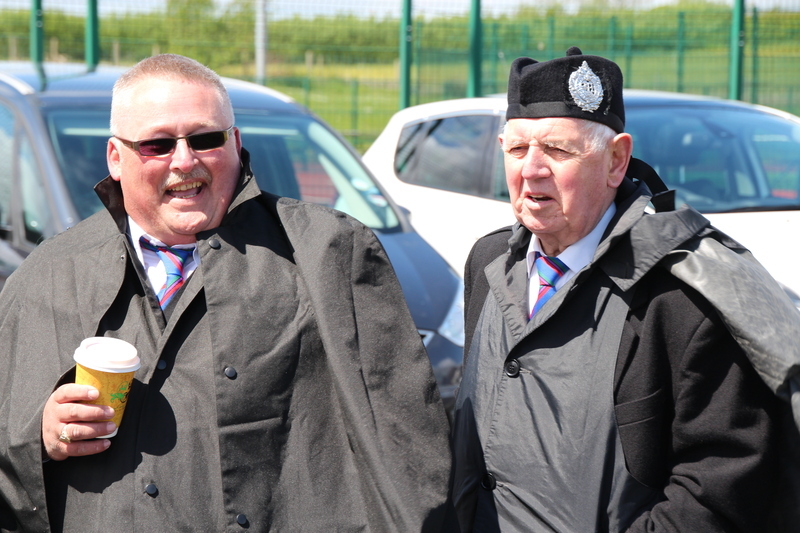 The good men (and women) of Gilnahirk are unbowed by such trifles. Those who hadn't been blown out to sea somewhere en route huddled together in the lee of a convenient camper van and, after a reasonable period of gurning and whining, got the instruments out, tethered them down and started to warm up. In this instance, "warm up" is decidedly the wrong phrase. 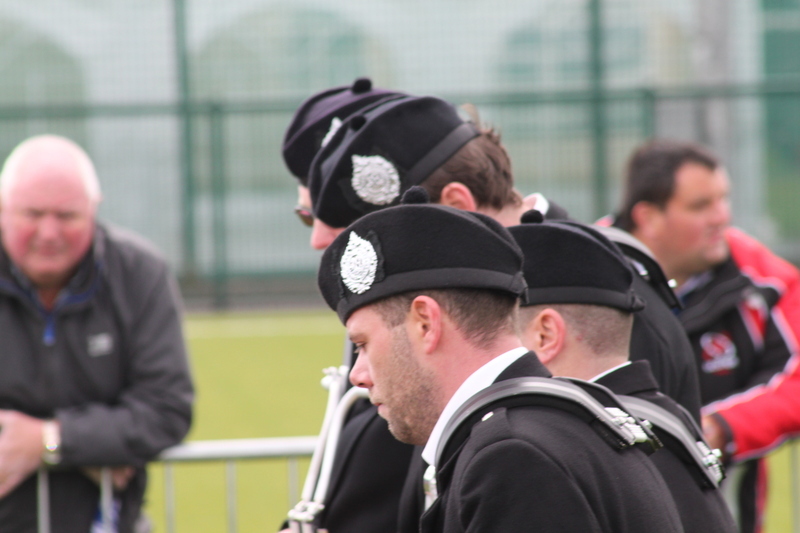 In a large grade, the Band was playing towards the top of the batting order and delivered a solid performance in difficult conditions. Whether the Judges could really deliver a proper verdict with swirling winds carrying sound in all directions remains a matter for debate.

Within seconds of the Pipe Major dismissing the Band, members were scampering towards the Camper Van once again - and this time hearty soup was on the menu - highly appreciated by one and all. As George was celebrating a birthday, dessert was Birthday Cake, accompanied by a rousing chorus of something that sounded a little like "Happy Birthday" - thankfully, no recording survives. 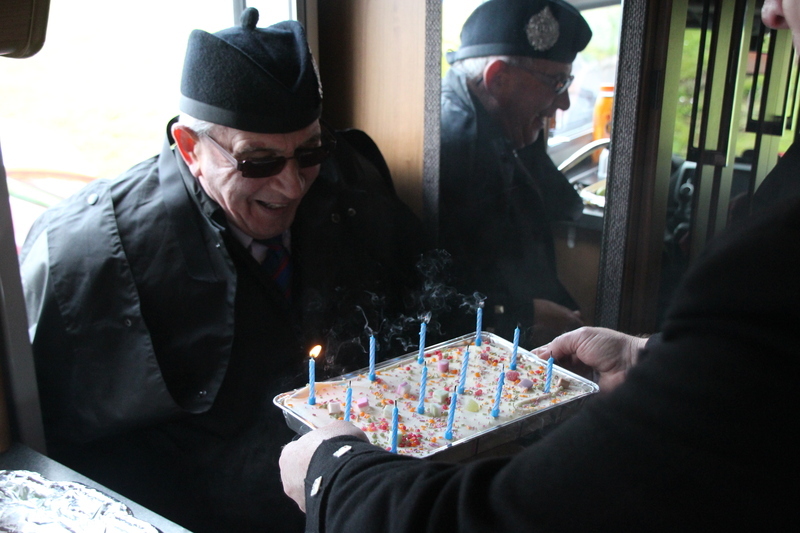 The rest of the day passed in a blur of unpleasant weather, vain efforts to stay warm with tea and coffee and a slightly disappointing verdict from the Judges. Once again, the Band was placed in fifth - just out of the prizes.

Next up is the United Kingdom Championships on 13 June at Stormont Estate where better weather is assured* - come along and say hello!

In the meantime, here is the recording (wind-damaged) of the Cookstown performance for your edification...

*This is written more in hope than expectation....