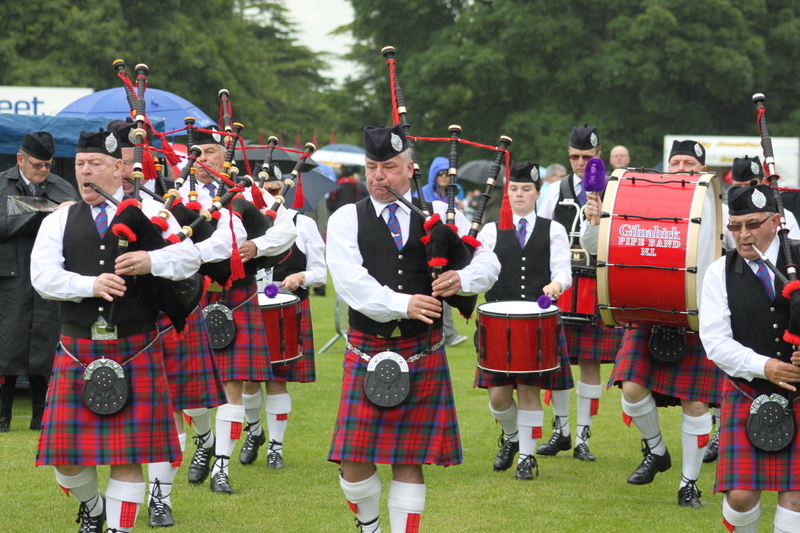 Buoyed by the last couple of Championships, the Band hit the road again for the next stop in the 2015 season last Saturday. The location was Moira Demesne which hadn't hosted a contest in some years.

After a season which has so far been characterised by fairly miserable weather, members made sure to pack their capes and headed off up the M1. The venue was probably better than most remembered and having had the now traditional squads of fluorescent-jacketed council employees engaged in choreographed pointing at car parking spaces, vehicles were skidded to a halt and instruments unpacked.

Initially the skies appeared pleasingly blue and the Band started to warm up in pleasant temperatures to appreciative nods from supporters. Pipes were sounding well and drummers were playing nicely after their traditional bacon baps.

Soon it was time to play and, as if on cue, the weather started to turn. As the Band took to the line the first rain of the day started to fall and continued to mizzle its way through the entire performance. The men and women of Gilnahirk are made of stern stuff and delivered a strong performance, drawing one of the loudest rounds of applause in the Grade. 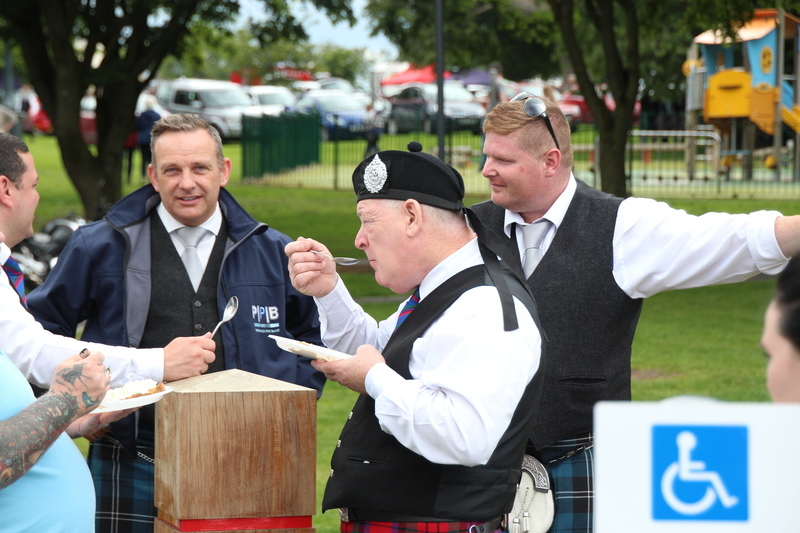 Of course, as soon as the playing was out of the way the weather improved again - typical! The catering corps in the Band had delivered a fantastic pot of Lentil soup for lunch, together with a selection of pies which seemed to draw a number of non-members towards the van.... It seems that the reputation of the Gilnahirk food is reaching far and wide... 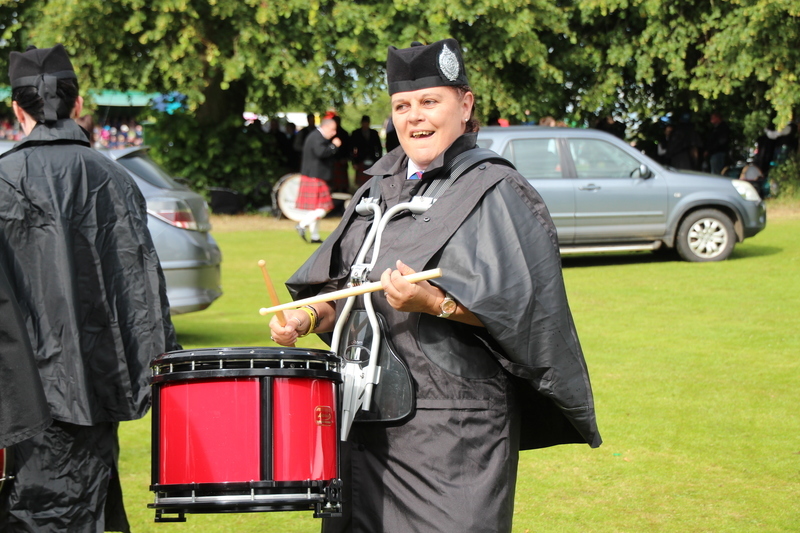 The rest of the day was the usual mixture of listening to other bands, gossiping with other bandsman about the upcoming World Championships and complaining about the weather (a pattern is emerging).

Sadly, the say finished with something of a whimper. A fairly substantial difference of opinion in the piping judges left the Band just out of the prizes in Sixth, with the drummers finishing a creditable Fourth despite only fielding three players due to work commitments.

No matter - we are dusting ourselves off and getting ready for the next outing in Rostrevor on the 8th of August - in the meantime, have a listen to the performance and judge for yourselves...