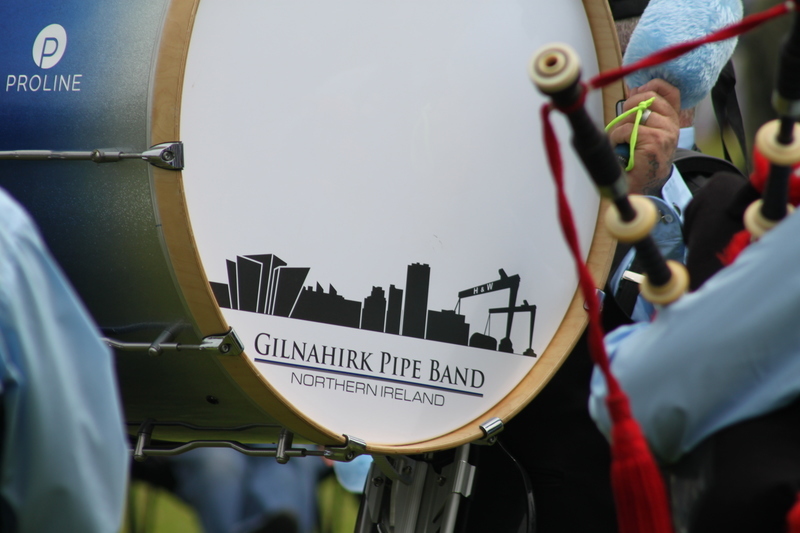 In a quite deliberate attempt to confuse the more easily bewildered bandsmen, Northern Ireland Branch of the Royal Scottish Pipe Band Association conspired with the powers that be to hold a contest in Enniskillen without any rain last weekend. There were rumours that the start of proceedings might have to be delayed due to large numbers of participants who had been unable to locate the venue as they had "never seen it in sunshine".

The men and women of Gilnahirk are not so easily foxed and stripped off their galoshes to warm up in conditions which were positively....warm! 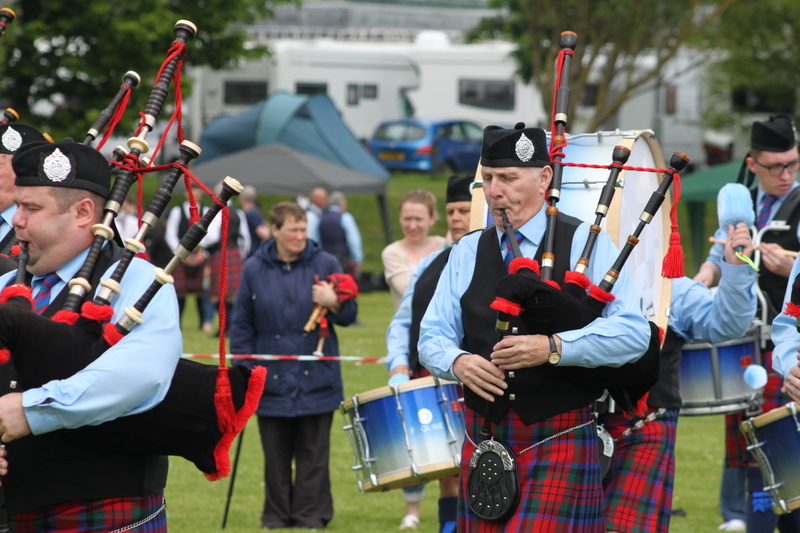 With an almost full compliment of players available, Pipe Major Tate took the Band to the line in good time and in good tune. For the first of two successive contests, the judging contingent in Grade 4B was limited to just a single piping and single drumming mandarin. Nevertheless, the amateur adjudicators in the crowd indulged in their traditional chin-stroking and pronounced themselves impressed. 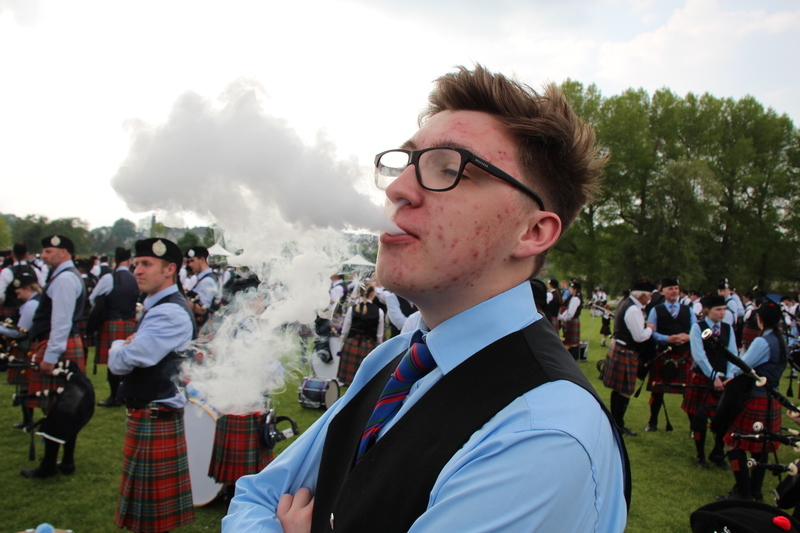 Satisfied with a strong run, the members scattered across the field to listen to other bands and eat as many burgers as possible. These tasks were accomplished with some style.

Unusually, we have put together another video to let you all have a flavour of the day... 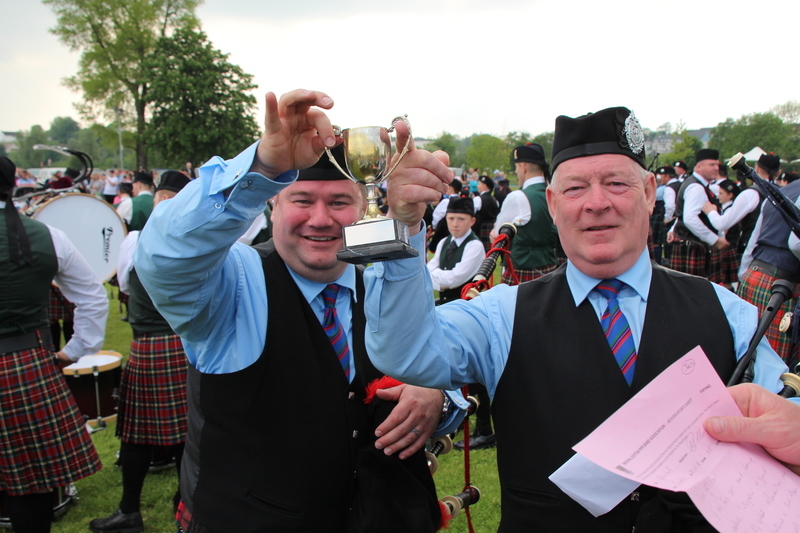 The Contest ran like clockwork and soon it was time for the results. The Band collected two awards this time round, with third in the Grade and also the Marching and Deportment gong.

For those who were unable to make it, here is the performance in all its splendour...

The roadshow rolls on, with the next stop in Cookstown on 4 June - see you there!