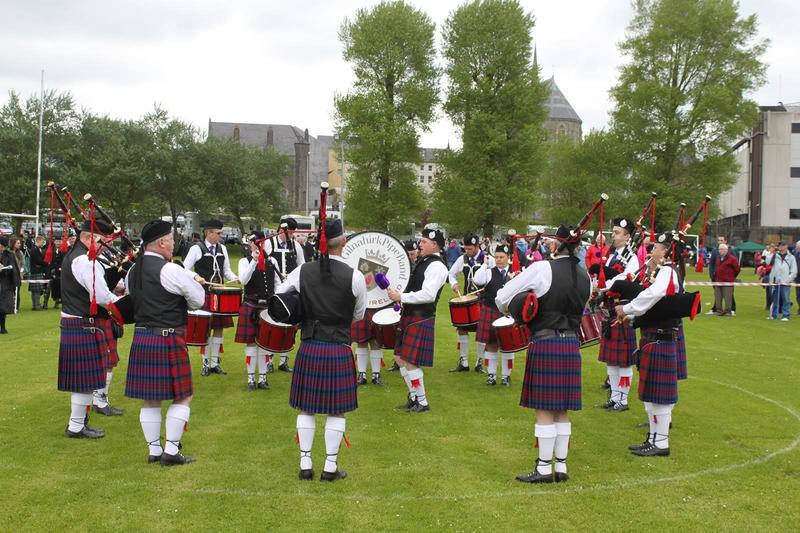 After a damp start to the season in Lisburn, the weather was a little kinder on Saturday past when the tartan roadshow headed West to Enniskillen for the County Fermanagh Championships. 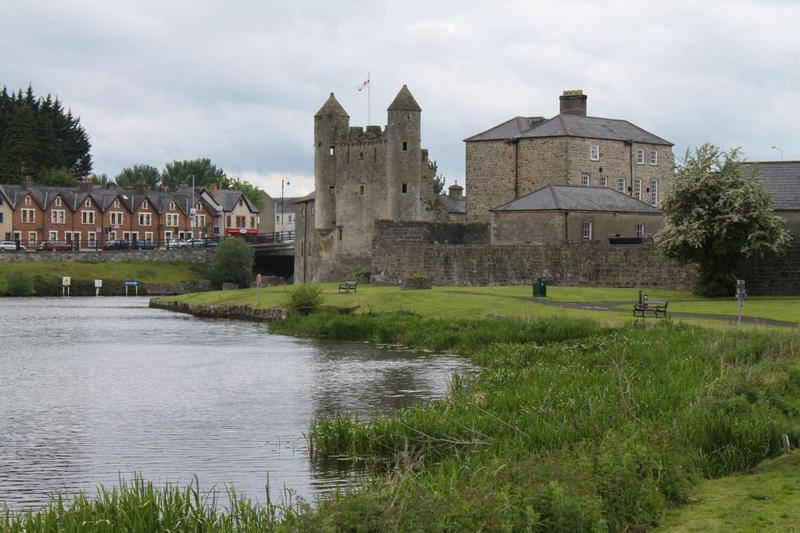 The Band was pleased to be able to field 8 pipers, a mid section of 6 and 5 snares (with Mr Turner preferring the climate in Spain!) when it took to the arena. Despite the long drive, members were there in good time and the Band was sounding well at the line. 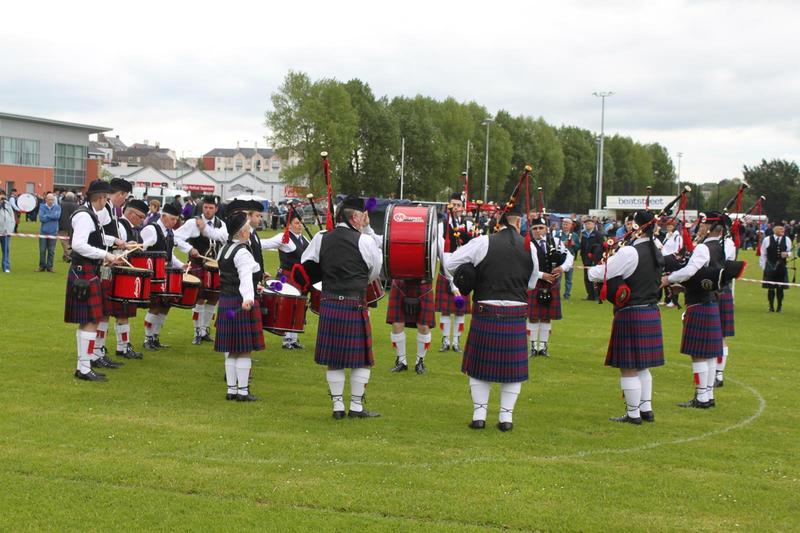 Unfortunately, we had a couple of issues in the piping end but still managed to finish in the middle of the pack - only 2 spots off the prizes - and the drummers improved their station with a useful 3rd place performance. 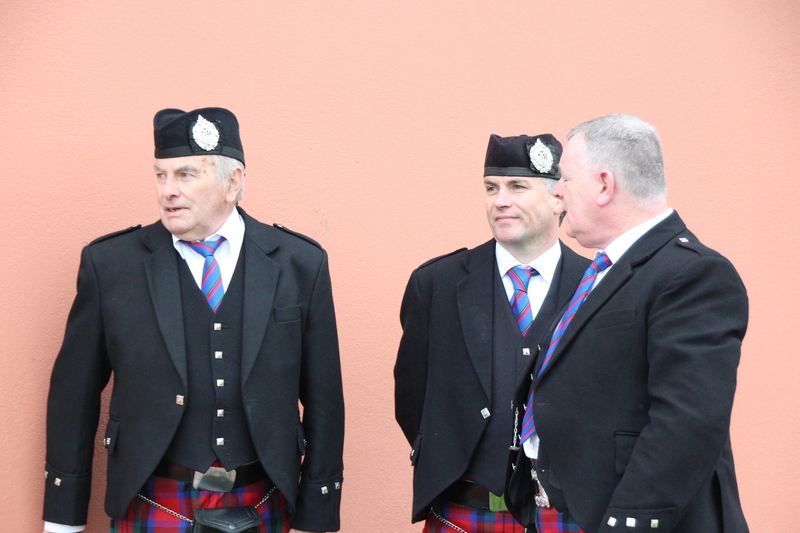 After competing, the Band roamed free through Enniskillen - the Pipe Major was seen to be sampling the local soup and sandwich offerings - and a couple adjourned to the British Legion for refreshments. 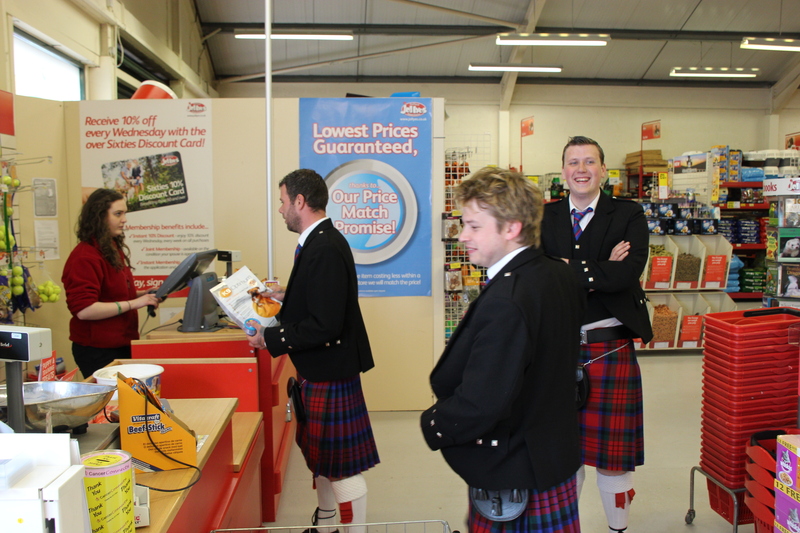 Inexplicably, about half of the drum corps ended up in Jolleyes Pet Store - we still don't know exactly why they went there, but we are assured that no animals were harmed. 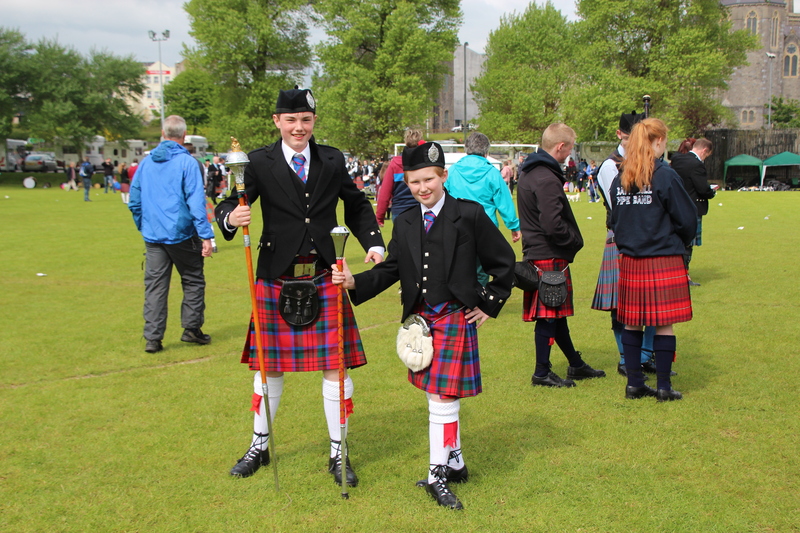 It was also great to see the Band's young Drum Major, Lucas, continuing his first season in competition - he is doing us proud! 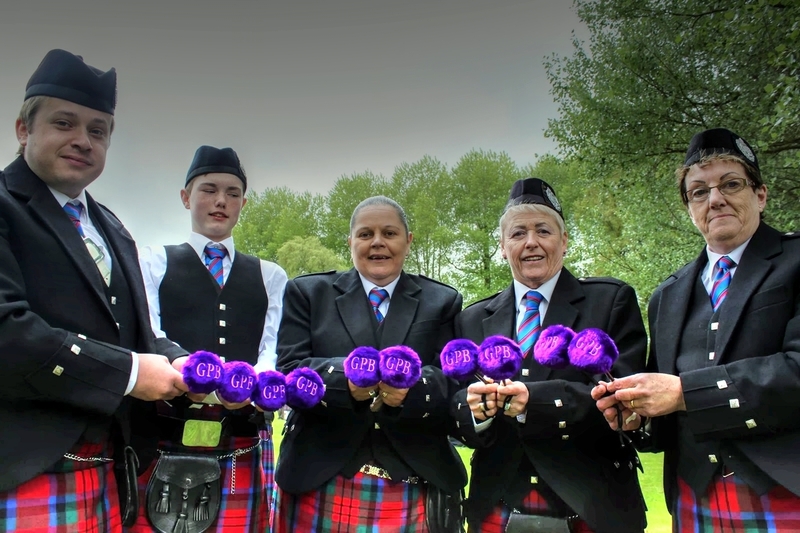 The Band continues its rebranding and the latest steps were taken this weekend with the addition of some rather snazzy new bass and tenor sticks, courtesy of Proline Sticks. They are colour-matched with the purple tones in the kilts and have Band branding on the ends of the tenor sticks and side of the bass mallets. They look the part!

Next week will be a week off in domestic competition with the British Championships scheduled to take place in Bathgate - keep your eye on our Facebook and Twitter feeds for your next chance to catch us on the grass!