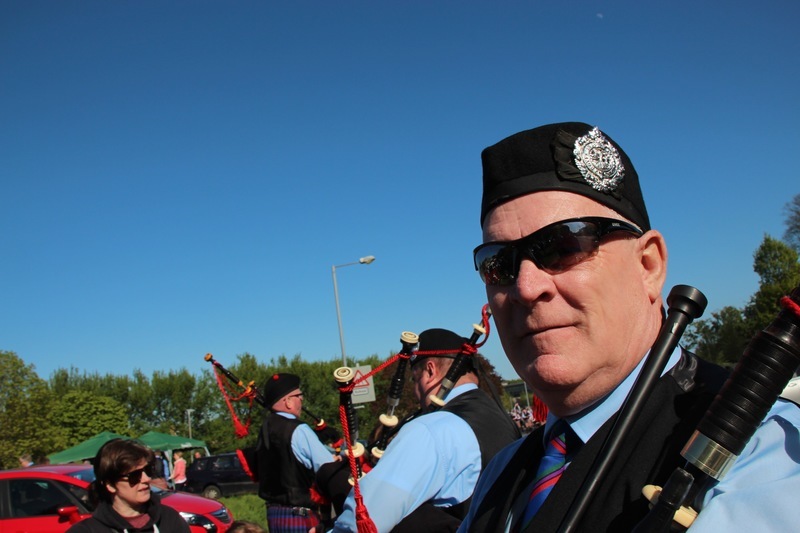 After a hard Winter's practice and a disappointingly soggy trip to Lusk, the Band was pleased to kick off the 2016 season proper close to home in the sunny surroundings at Castle Gardens, Bangor.

Pipe Band contests always seem that little bit better in sunshine and although it got a little chilly by the end of the day, there was barely a cloud in the sky. 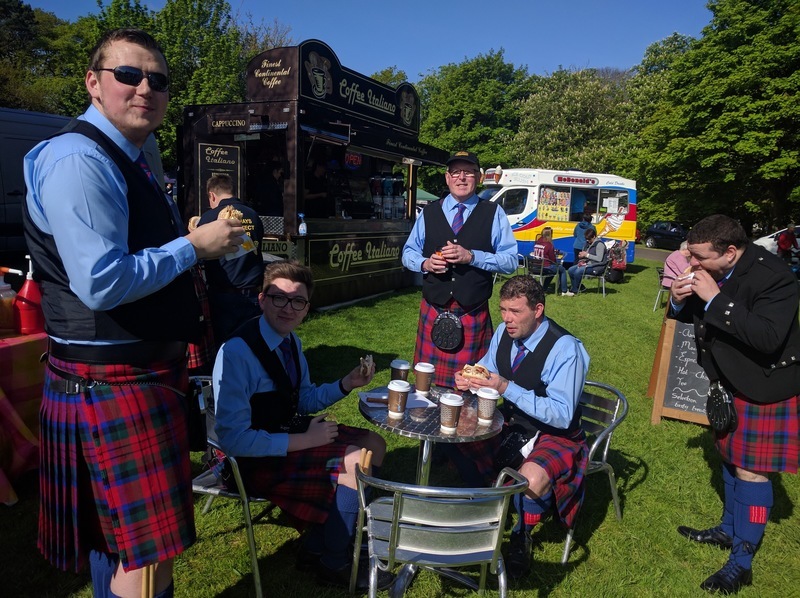 The day kicked off with the drummers making their traditional trip to the food vans for the "breakfast of champions" - which seems to consist of an entire fry in a bap. After they were hosed down to remove the grease the corps set about the more serious business of the warm-up. The pipers were already in full flow, footering with reeds and yanking drones hither and thither.

Content with sound and with nerves jangling, the Band took to the line shortly after 12.30pm in a massive Grade 4b. Playing early in the Grade gave members a chance to join the surrounding chin-strokers in the crowd to size up the opposition. Although Grade 4b is the bottom of the ranking system, it has been becoming consistently more competitive over recent years and it seems that 2016 will continue that pattern with a lot of strong outfits on display.

The set concluded with a healthy round of applause from an appreciative audience and, with the work done, members roamed through Bangor in search of sustenance and renewing old acquaintances. 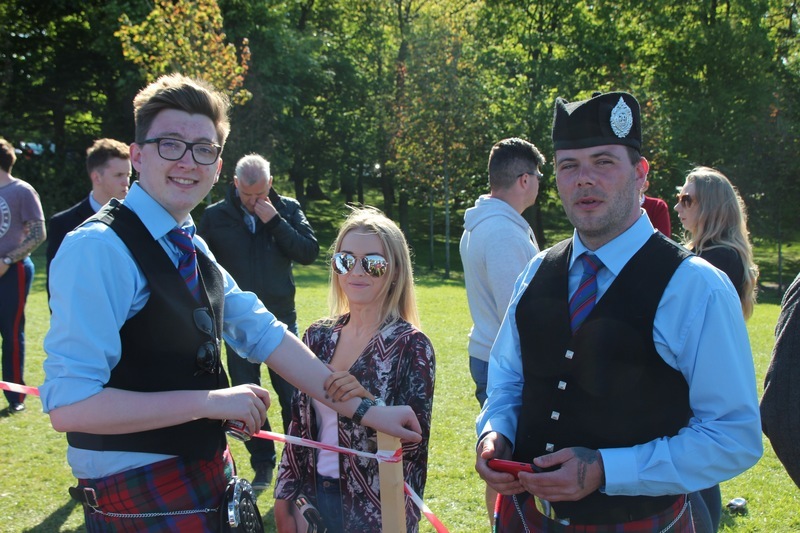 As usual, the social part of the day was at least as much fun as the playing. Again, it all seems that bit nicer in sunglasses, rather than sou'westers! 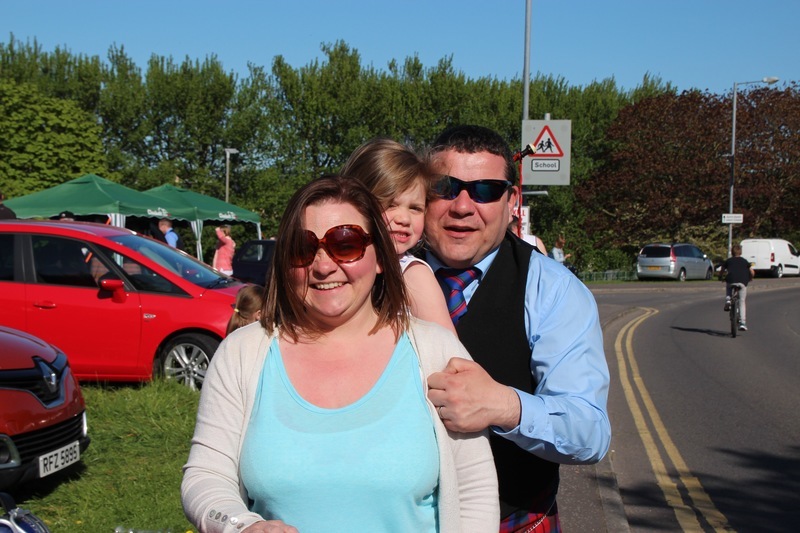 The Finale and speeches were mercifully rapid and then came the business of the results. Wise heads in the crowd had tipped the Band for a prize but nothing can be taken for granted until the name gets called! 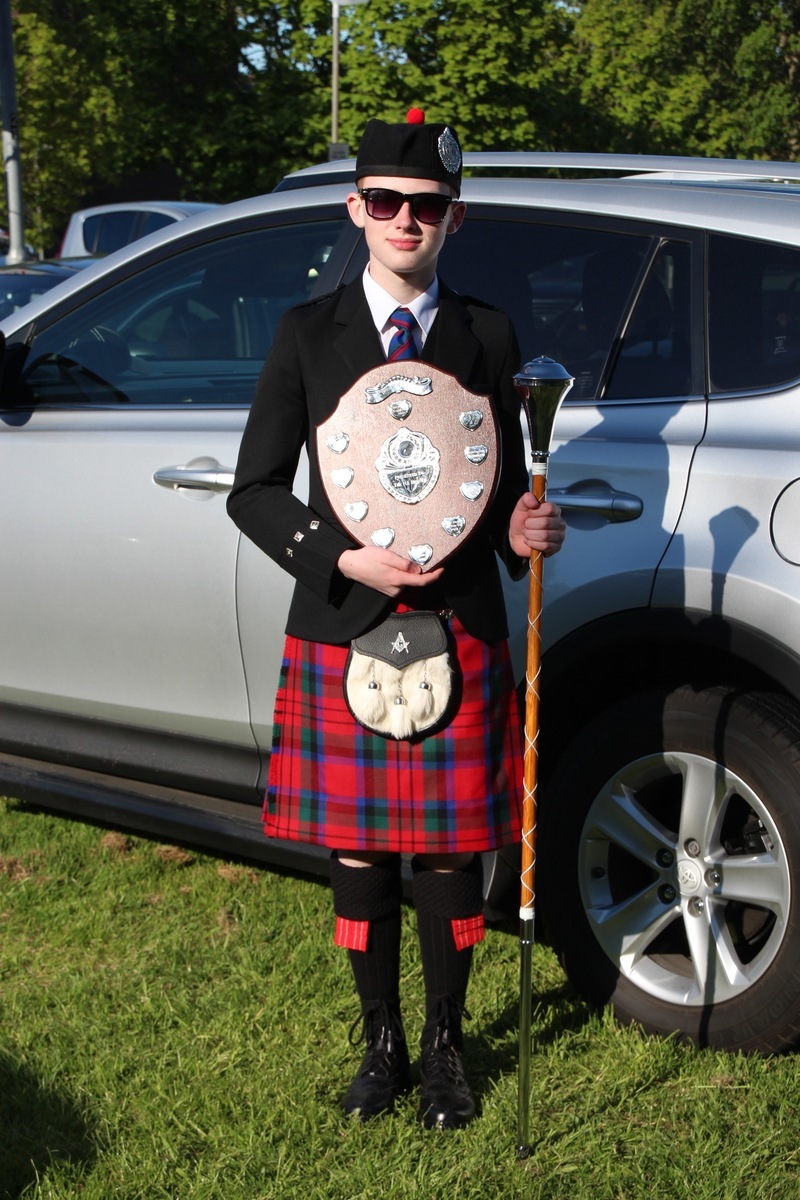 One good omen was when Lucas Adamson, the Band's Drum Major, was called with a handy fifth place in the Junior Grade. It's great to see Lucas continue to develop in what is only his second year in this division.

Then it was over to the Band results - in first place - GILNAHIRK! The cheers had barely subsided when the Pipe Major had to return to the front to pick up the cup for best piping! Not to be outdone, the drummers scooped the prize for Best Drum Corps! A clean sweep! It was perhaps particularly pleasing to hear that the ensemble judge had also placed the Band first - an endorsement of the tight integration between all sections. 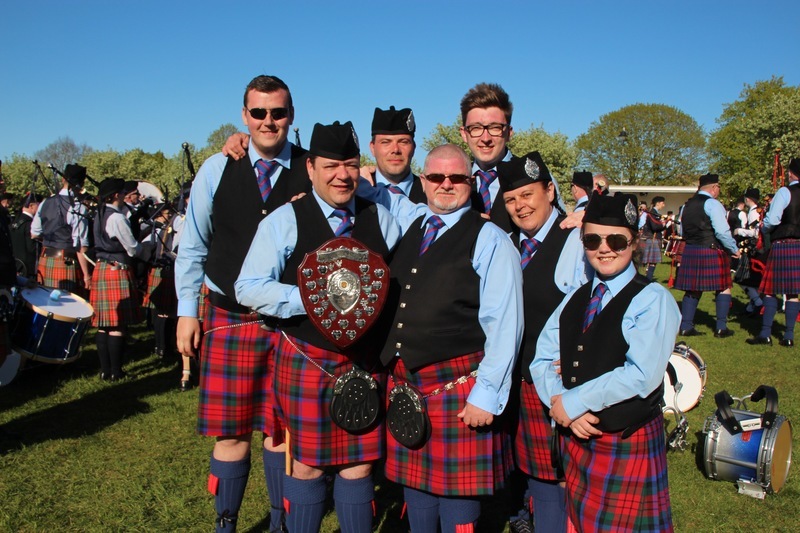 Understandably, the ranks rapidly degenerated into flagrant celebration - pipers and drummers aggressively grabbing cups from eachother for the opportunity to have their photos taken! Even the Pipe Major cracked a smile at one point! 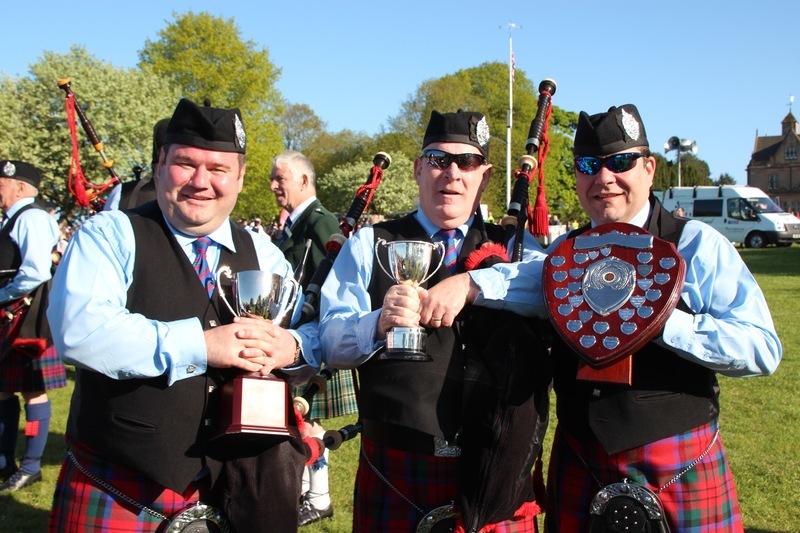 All in all, it was a fantastic start to the local contest season and a solid base to build on. Congratulations to Pipe Major Carson Tate, Pipe Sergeant Robert Greer and Leading Drummer Colin Fullerton who have steered the Band back to the top of the Grade. Plenty more hard work is required to keep us there!