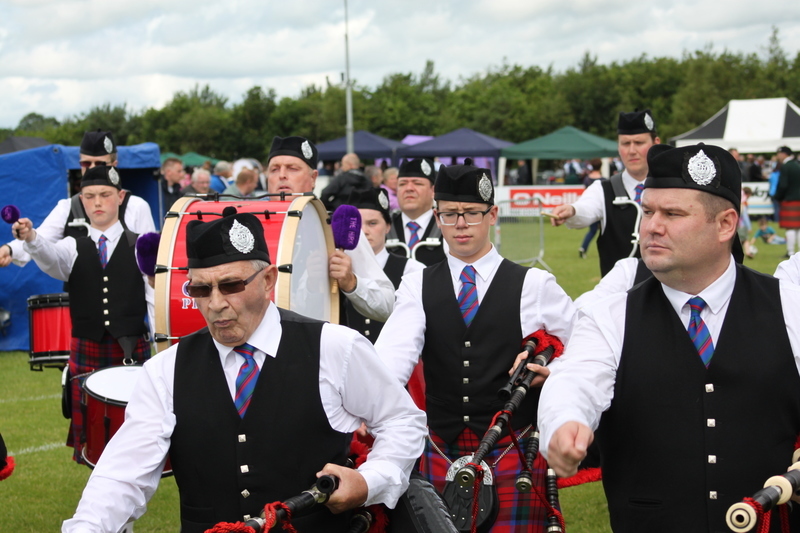 However, as bleary eyed bandsmen stumbled from their beds and pulled back the curtains they were greeted with the sight of disturbingly cloudy skies. During the long drive to Omagh the picture scarcely improved and cars were parked in the semi-quagmire of the rugby club under frequent cloud bursts.

Despite a strong desire to get straight back into the cars and head for home, the Band grumpily assembled and, after the customary bacon butties, were soon tuning and fettling pipes in preparation for the arena.

The weather mercifully improved and Gilnahirk took to the ring under light grey skies. The performance was solid and again drew compliments from the crowd - but, as always, the fate of the Band remained in the hands of the judges. 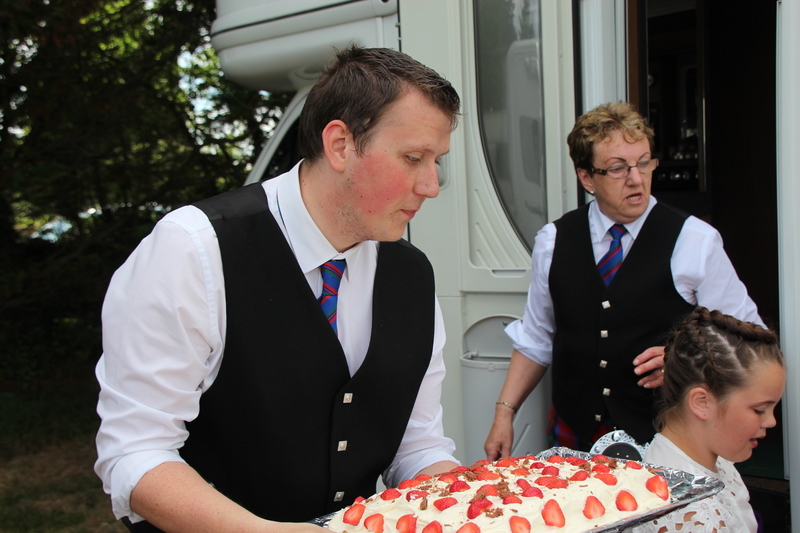 Some would say that the best part of the day was yet to come - the stellar performance of the Gilnahirk Catering Corps. On the menu were hotdogs (with Secret Sauce) and pavlova to follow. Unsurprisingly, there were no leftovers. Without doubt, the Gilnahirk post-performance refreshments are the best in Ulster...

After bellies had subsided the more discerning members adjourned to the side of the Grade One Arena to watching the piping and drumming superstars strut their stuff. There was much chin stroking and hand-cupping-behind-ears. 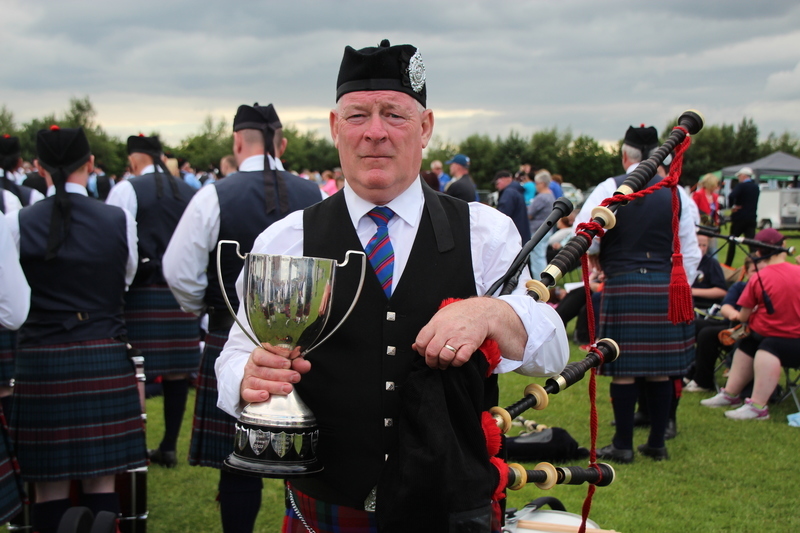 The Finale followed - and to the delight of the members Gilnahirk was called out in third place in the grade. Perhaps even more pleasing was the news that one of the piping judges had been of the view that the piping ought to take first spot!

The season takes a short break now and Gilnahirk's next performance will be in Moira on 1st August - so have a listen to the recording of the All Ireland run and come along and see the real thing there....